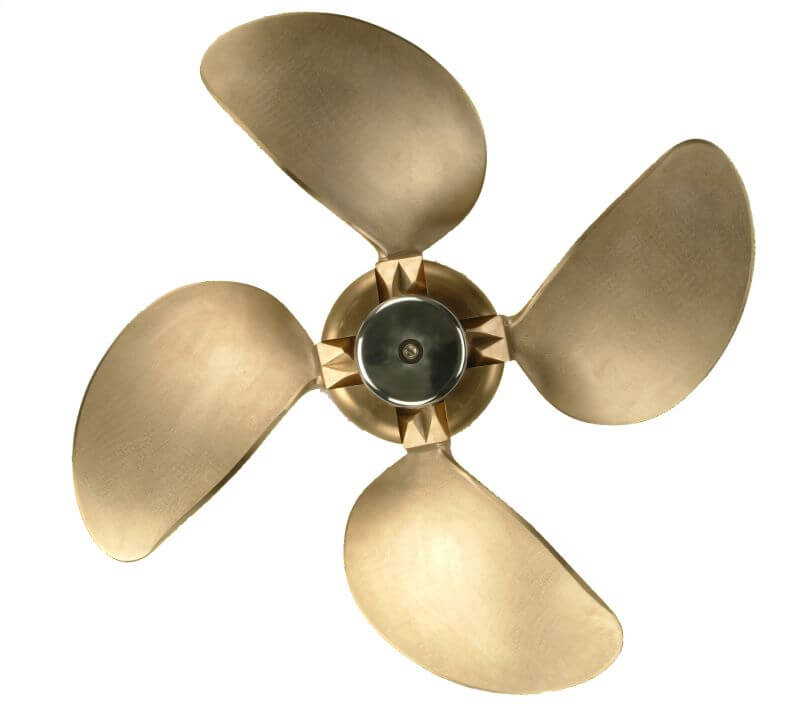 VARIFOLD SAILING
Varifold, in all its versions - two, three and four blade, is an exceptional low drag racing propeller. Unlike some folding propellers, on most installations Varifolds do not rotate when sailing, even at higher speeds.

VARIFOLD ASTERN
Varifolds open when you go astern! This is again a feature of the design which relies on hydrodynamics as well as inertia to assure reliability. Thrust is greater than other folders by virtue of the design.

VARIFOLD AHEAD
Most folding propellers suffer from varying degrees of noise and vibration and the problem becomes worse the more power the propeller has to deliver. If your yacht has an engine from 20hp to 750hp, there is a Varifold for you which will provide high thrust with smooth and quiet running.

MAUCOUR, located in Saint-Herblain close to Nantes, specialises in the manufacture of propellers and drive shafts for marine craft. The company's products are used in both commercial and pleasure boats.

The company philosophy is to provide customers with unbeatable service in terms of product quality, delivery times, and prices.